This lesson is an extension of the GEMS guide“River Cutters” by the Lawrence Hall of Science (see note below). In the GEMS curriculum, students are introduced to erosion by modeling ...

Summary
This lesson is an extension of the GEMS guide: “River Cutters” by the Lawrence Hall of Science (see note below). In the GEMS curriculum, students are introduced to erosion by modeling the formation of rivers in tubs of diatomaceous earth, a silt-like substance into which meandering river channels and deltas form. This lesson builds off of the River Cutters activities by using a combination of sediment types in the models. They observe how gravel and large particles of sand remain in place whereas silt is washed downstream in fast flowing river channels. In contrast, where the water velocity slows as it reaches the newly forming bay, a beautiful silt-covered delta forms. These observations lead students to the conclusion that fast moving water picks up the smaller sediment particles and eventually deposits them in places where the water slows. Students can then take this theory to test it out in real world conditions at a local creek in the Sediment Study Project, observing sediments and water velocity at different sites along a creek’s length. The concept of how sediments are deposited becomes a core feature of subsequent geology lessons and investigations in which the environmental conditions surrounding the formation of large particled conglomerates may be differentiated from small particled shales and siltstones. 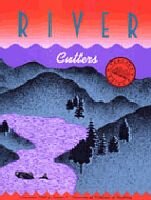 Special Note: This lesson plan is written with the assumption that students have some experience using the river models in the GEMS guide “River Cutters”, written by Cary Sneider and Katharine Barrett and produced by the Lawrence Hall of Science. In this guide, students make observations of rivers carved in just silt (diatomaceous earth), sequencing events in time, noticing patterns, recording information, and acquiring the terminology necessary to describe common erosion patterns. My students completed the first 5 sessions of River Cutters although completing the first 3 lessons is sufficient. So as not to infringe upon the copyright of the GEMS unit, only the extension activity is described here.

Objectives
Can describe the major types of sediment.
Can identify common river features and erosion patterns such as a river’s source, channel, mouth, delta, etc.
Can model sedimentary deposition patterns.
Can explain how sediment size and current velocity affects deposition.
Can make observations and record data in a science lab notebook.
Can draw conclusions from data.

For River Models
For each team of 3 students:

Teacher Background
Erosion is the process by which sediments are transported by wind, water, ice, or gravity. Often people mistake erosion for weathering, the process through which rocks are gradually chipped away by abrasion, water, and ice into sediments, a topic that is studied in greater detail in the Geology Box. On the other hand, erosion is the movement of these sediments from one place to another. Erosion is a very natural and essential natural process upon which many ecosystems depend including beaches, deltas and wetlands.

The central aspect of this activity is the observation of differences in sedimentation patterns based on the velocity of water movement. The central principle is as water moves faster, it can carry larger sediments and more of them. The smallest sediment particles (silt and clay) are picked up first, followed by sand then gravel. Thus, a rain-swollen river will carry a great deal of sediments of all sizes while a slow, meandering stream will carry very little and only of the smallest sizes. As the current velocity slows, sediments are deposited in reverse order, gravel is dropped first, then sand, then silt and clay.

In most watersheds, rivers begin in the high mountains with steep slopes, and thus, with fast running water. The smallest sediments are quickly borne away, leaving behind the gravel and larger rocks. As the slope of the landscape lessens in the foothills, the river slows and sandbars may accumulate along the curves and twists of the riverbed. Finally, as the slope becomes nearly flat, either upon reaching the valley floor or as it reaches a body of water such as a lake or bay, the current velocity is reduced to a crawl and even the smallest sediments are deposited, leading to silt-covered deltas and clay-like mud covering the bottom of lakes and bays.

All of these processes may be observed in the river models in which silt from the faster flowing river channels is picked up by the water and deposited when the water slows in the bay at the base of the model, eventually forming a delta. The sand and gravel in the upper regions of the model are gradually exposed. If your students do the silt only river models described in the GEMS guide “River Cutters” they will soon discover that the rivers formed in the mixed sediment rivers are slower to form, straighter and shallower, more similar to a young river, owing to the higher percentage of gravel and sand which are not as readily carried away by the water.

Student Prerequisites
Students need hands-on experience with soil separation tests in order to see how the smallest particles of sediment stay suspended in agitated water longer than larger sediments (see the Soil Analysis lesson). Although this is used as a demonstration before beginning this lesson, students recognize the patterns and their implications best when they make the discovery themselves.

In addition, it is strongly recommended that students complete a minimum of the first 3, and preferably, the first 5 sessions in the GEMS guide so that students have experimented with time (how long a river has been running) and with slope before adding the variable of multiple sediments to the model.

Getting Ready
Setting up the demonstration

Sources
The primary inspiration for this unit is the GEMS guide “River Cutters”, written by Cary I. Sneider and Katharine Barrett and produced by the Lawrence Hall of Science. I strongly recommend this guide, even if you don’t intend to use it because they offer fabulous tips and recommendations for using river cutter tubs with students. In addition, the guide provides fabulous diagrams, handouts, homework assignments, suggestions, resources and more that can be used as a prelude or complement to this activity.

For more information about erosion and sediments:

Standards
Grade 6
Shaping Earth’s Surface
2. Topography is reshaped by the weathering of rock and soil and by the transportation and deposition of sediment. As a basis for understanding this concept:
Students know water running downhill is the dominant process in shaping the landscape, including California’s landscape.
Students know rivers and streams are dynamic systems that erode, transport sediment, change course, and flood their banks in natural and recurring patterns.
Students know beaches are dynamic systems in which the sand is supplied by rivers and moved along the coast by the action of waves.

All grades
Investigation and Experimentation
7. Scientific progress is made by asking meaningful questions and conducting careful investigations. As a basis for understanding this concept and addressing the content in the other three strands, students should develop their own questions and perform investigations.