7. Choose Your Own Fossil Adventure

Fossils are extremely rare but also extremely exciting and rich with information about past life on Earth. In this lesson, students learn about the major types of fossils and how ...

Summary
Fossils are extremely rare but also extremely exciting and rich with information about past life on Earth. In this lesson, students learn about the major types of fossils and how they form. They complete the lesson by illustrating and creating a “Choose Your Own Adventure” type story in which a Tyrannosaurus rex dies with 7 different possible endings, only one of which results in the discovery of its fossilized skeleton. 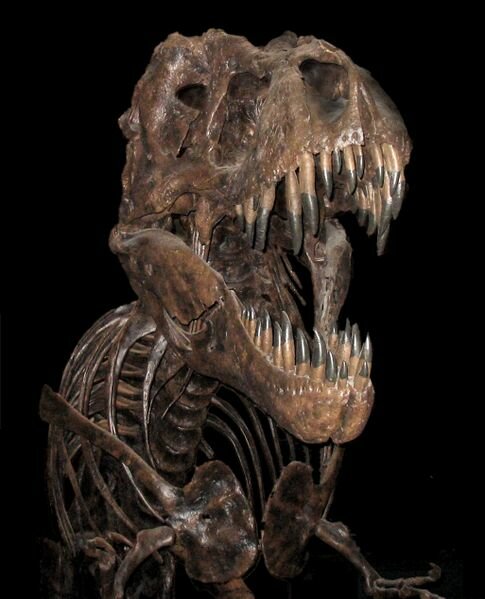 Objectives
Can list the different types of fossils and the way each forms.
Can describe and diagram the conditions required for the formation and discovery of fossils.
Can understand why fossils are so rare and why many forms of life that once existed on Earth have not yet, and may never be, discovered.

Teacher Background
No exploration of the geologic time scale is complete without thinking about fossils. Fortunately, kids love fossils. However, there are many common misconceptions – that fossils are fairly common, that every species that once lived must have been preserved in some way, that fossilized skeletons are often found intact. What students rarely understand is that fossils are extraordinarily rare. In fact, the vast majority of species that once lived on the planet vanished without a trace. Each and every fossil is precious because there are so few of them and because each fossil can provide so much information about past life on this planet.

Fossils are the preserved remains of former life or traces of them such as molds, casts, and footprints. The main categories of fossils include:

Due to the rarity of fossils, the buying and selling of fossils has become a highly controversial subject. Paleontologists are concerned that the commercial fossil trade is harmful to science. Scientists fear that if unique fossils with great scientific importance are purchased by private collectors, then these finds may not be available for scientists to study. On the other hand, private collectors insist that most fossils are being made available to researchers and many are ultimately donated to museums. For a great video discussing the subject, see “Curse of T Rex”, a 1997 Nova special about the discovery of an astonishingly complete T rex skeleton (Sue, now on display at the Field Museum (http://www.fieldmuseum.org/SUE/)) and the battle that ensued between scientists, commercial fossil hunters, the US government, and property owners.

Student Prerequisites
A good understanding of how sedimentary rocks form and of basic stratigraphy principles. Knowledge of the geologic time scale is helpful but not required.

Sources
This lesson was adapted from the “Fossil Finding” lesson by the Museum of the Rockies by including multiple possible endings besides the formation and discovery of a fossil. This and other excellent lessons may be downloaded from their website.

Another great explanation of how fossils form, with good pictures, can be found on the Discovering Fossils website.

Other great K-12 paleontology lessons may be found at:

For pictures of fossils, see:

Standards
Grade 7
Earth and Life History (Earth Sciences)
Evidence from rocks allows us to understand the evolution of life on Earth. As a basis for understanding this concept:
a.    Students know Earth processes today are similar to those that occurred in the past and slow geologic processes have large cumulative effects over long periods of time.
e.    Students know fossils provide evidence of how life and environmental conditions have changed.
g.    Students know how to explain significant developments and extinctions of plant and animal life on the geologic time scale.