Summary
The study of rock layers, or stratigraphy, is a natural way to introduce students to the fundamental principles of geology and to lead into the idea of geologic time. In this lesson, students are introduced to Nicolas Steno’s 3 major laws of stratigraphy: the law of original horizontality, the law of superposition and the law of lateral continuity. Students also add their observations of sediment sorting from previous lessons (Soil Analysis, Erosion Patterns, and the Sediment Study Project) to generate a fourth “law” concerning depositional environment – the tiny grains in mudstone were most likely deposited in very still water like a lake or delta while large gravel in conglomerate was most likely deposited in fast moving rivers and streams. While this activity has students depositing sediments in clear plastic cups or Mason jars, it is recommended that the teacher simultaneously conduct the activity using a squeeze box like the one described by Eric Muller. In this way, when the student activity concludes, the teacher can take the activity further to show how layers can become folded and faulted by plate movements. This lesson is a natural extension of the Going Further activity from the Crayon Rock Cycle lesson where sediments are mixed with sodium silicate to create home-made sedimentary rocks.

Grouping
Individual, although clusters of 4-6 students need to be able to share materials 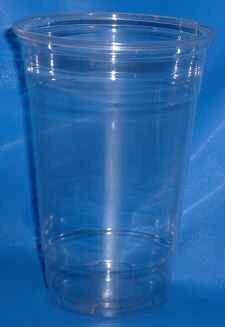 Teacher Background
In this activity, students gently layer sediments on top of one another as they learn about the basic principles of stratigraphy as laid out by Nicolas Steno. The key to the activity is to allow time for each layer to settle completely before adding additional layers on top. Thus, I alternate between adding a layer and writing down each of Steno’s laws. Another key is to slowly sprinkle sediments evenly across the surface of the water. If you dump them too quickly, the lower layers will be disturbed, particularly when adding a gravel layer on top of a clay or silt layer.

Nicolas Steno (1638-1686) was one of the founders of the principles of geology. He got his start in medicine and anatomy. His foray into geology came about when some fishermen caught a large shark and Steno had the opportunity to dissect it. Upon examining the shark’s teeth, Steno noticed their resemblance to stony objects found embedded in certain rocks called glossopetrae. While the prevailing thought of the time was that the glossopetrae fell from the sky or grew in the rocks, Steno argued that the glossopetrae were the teeth of ancient sharks. These ancient teeth were buried in sediments that, over time, became stone. This led Steno to study fossils and other geological ideas and propose the three principles that form the foundation of stratigraphy: the law of original horizontality, the law of superposition, and the law of lateral continuity.

The law of original horizontality states that when sediments are deposited, they settle in flat, horizontal layers. The layers are level like a floor. When students conduct the activity and add the first layer of sediment, they will observe that the sediments drift down through the water and come to rest as a flat layer on the bottom of their cup. Similarly, on the sea floor or bottom of a lake or in a delta, sediments will settle due to gravity in a flat layer.

The law of superposition states that in an undisturbed series of rock layers, the youngest layers are on the top and the oldest layers are on the bottom. For example, my husband and I stack the mail on a table in the kitchen. Often, the pile builds up for a week or more before we sort through it. The mail from Monday is at the bottom of the pile while the mail from Friday ends up at the top, with the mail from the rest of the week in a chronological sequence in between. Similarly, as sedimentary layers build up on top of one another, as long as the stack remains undisturbed, the layers will form a chronological sequence with the oldest on the bottom. Viewed from the side in cross-section, you can read the layers as you would a timeline. Similarly, as students build more and more layers of sediment on the first, they will observe that the first layer they made is on the bottom, with subsequent layers building on top of the first.

Naturally, this sequencing of rock layers can be changed by geological forces, just as the sequencing of mail is changed when I sort through the pile. In a river valley, the running water will erode away the uppermost young layers. On cliff faces near the ocean, the action of the waves may undercut a cliff enough to cause a chunk to plunge into the water below, bringing younger layers down to where the older layers should be. As plate tectonics acts on the Earth’s surface, older layers may be tilted sideways or pushed upward and exposed. Students can experiment with tilting their cup on a pencil partway through the activity, tilting the lower layers and causing future layers to be laid down flat, but at an angle with the bottommost layers. If you perform the activity with the squeeze box, you can demonstrate and discuss the effects of tectonic forces that folds and faults the layers and disturbs the series.

The last of Steno’s laws, the law of lateral continuity, states that when a sediment layer is laid down, it will extend in all directions until it runs our of material or hits a wall. Thus, the sediment layers are virtually continuous sheets that extend until there is no more sediment (like if you put sprinkle a very small spoonful of sediment into the cup and it can’t cover the entire surface) or until it hits a barrier (like the edge of each layer where it hits the side of the cup).

3. Layers Upon Layers - Getting Ready

Simulated rock layers created by Stephen J. Reynolds showing the sequence of events in the formation of a canyon.
Lesson Plan

3. Layers Upon Layers - Sources and Standards

Sources
The inspiration for this activity is the squeeze box, cleverly designed by Eric Muller of the San Francisco Exploratorium. Look under Earth Science for the Squeeze Box activity.

For more information about Nicolas Steno and stratigraphy see: