Summary
This simple lesson gets students accustomed to reading a Geologic Time Scale and understanding the organization of the information contained in it by creating a Personal Time Scale using events from their own lives. Students list major life events then arrange them by relative time. Then, based on whatever organizational scheme makes the most sense to them, they divide their lives into eons. Each eon is divided into eras and each era into periods. Students can then view events in their own life with events in the history of Earth. In addition, they learn the difference between relative time (whether one event came before another) and absolute time (how many years ago something happened).

Materials
Copy of the Personal Time Scale handout for each student

Teacher Background
Geologists organize time, not on a calendar, but on a geologic time scale. This is the principal vocabulary shared by geologists and paleontologists so that when one scientist talks about such-and-such period or such-and-such epoch, others know what general time frame he or she is talking about. While it is not necessary for middle school students to memorize the names of the various eons, eras and periods, it is important for them to know how to read and find information on a geologic time scale.

The geologic time scale is made possible by Nicolas Steno (see detailed information about him in the Background section of the Layers Upon Layers lesson). With Steno’s law of superposition, geologists could identify the relative age of various rock layers, and therefore, the relative ages of the fossils contained in the rocks.

After Steno, a major advance in geology came from William Smith (1769-1839), a surveyor and amateur geologist. In the process of his work as a surveyor, he carefully observed rock layers all across England. He noticed that the fossils not only differed from one rock layer to the next, but that the same sequence of fossils appeared wherever he looked. His observation came to be known as the principle of faunal succession – since layers of sedimentary rock contain fossils in a specific sequence, and since the relative age of rock layers can be determined by superposition, rock layers may be correlated in time by the fossils they contain. In one series of rock layers, fossils A, B, C, D, and E could be found from bottom to top. Elsewhere in England, fossils D, E, F, G, and H were found in sequence. Thus, rocks containing fossil G and H are younger rocks containing fossil A, even though they aren’t found in the same place. 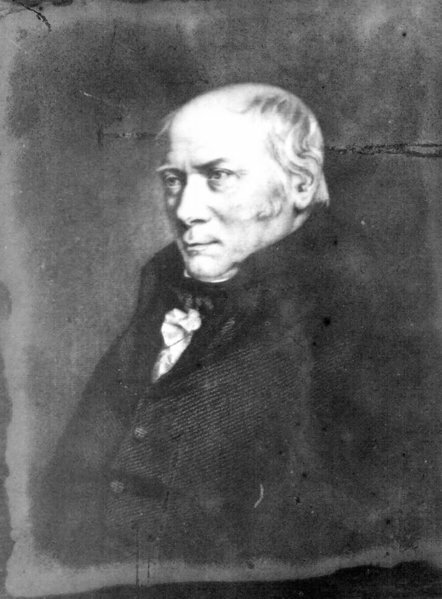 This use of fossils to identify the order of rock layers in the overall stratigraphic column allowed Smith to create a complete geologic map of England. Moreover, the principle of faunal succession allowed geologists worldwide to organize rocks and fossils into their relative temporal order. Based on these observations, major differences in the types of fossilized organisms found led scientists to organize the time scale into broad categories called eons, then subcategories called eras, and so on through finer and finer divisions of time. Only recently, since the 1950’s with the invention of the mass spectrometer and its application towards the radiometric dating of rocks, has it been possible to determine the actual ages of rocks and the fossils they contain.
Student Prerequisites
None, although exposure to Steno’s law of superposition and experience relating rock layers to relative time will help students understand why they are doing this activity in the context of geology.

Getting Ready
Make copies of the Personal Time Scale handout.

Going Further
This activity is designed as a prelude to diving into the geologic time scale. See the Geologic Time on the Web lesson and the Marking (Geologic) Time lesson.

4. My Time - Sources and Standards

Sources
This activity was inspired by the lesson Sequencing Time by Judith Scotchmoor. I adapted the format of the Personal Time Scale to more closely resemble the Geologic Time Scale most often used by geologists. In addition to writing great lessons, Judith Scotchmoor is the Director of Education at the University of California Museum of Paleontology. More importantly, she has created the definitive web resource for educators trying to teach geology and Earth history. Here you can find detailed information about each eon, era, period and epoch in Earth History. Furthermore, you can learn about how the geologic time scale was created and how it is organized. These web resources are used extensively in the next lesson in this Geology Box – Geologic Time on the Web.

To learn more about William Smith, read the excellent popular science book The Map that Changed the World: William Smith and the birth of modern geology by Simon Winchester.

Standards
Grade 6
Investigation and Experimentation
Scientific progress is made by asking meaningful questions and conducting careful investigations. As a basis for understanding this concept and addressing the content in the other three strands, students should develop their own questions and perform investigations. Students will:
g     Interpret events by sequence and time from natural phenomena (e.g., the relative ages of rocks and intrusions).

Grade 7
Earth and Life History (Earth Sciences)
Evidence from rocks allows us to understand the evolution of life on Earth. As a basis for understanding this concept:
g     Students know how to explain significant developments and extinctions of plant and animal life on the geologic time scale.